Think the secret to success is never snoozing? Think again – here are six ways that sleep can actually help you be more successful.

Some wear hours of sleep deprivation like a badge of honor, believing that the less time they spend resting, the more productive they are. Many boardrooms and school campus cultures promote the idea of sleep as time wasted, as well.

In reality, sleep actually propels your success in several ways, according to modern scientific research, discussed below. From physical to mental, rest plays many important roles in how you act, think, feel and perform.

Sleep Your Way to Success

Though it’s interesting to think that you could get so much more done in a day by sleeping less, the majority of people simply cannot function optimally on limited sleep for any extended period of time. According to the National Sleep Foundation’s research, seven hours is the minimum the majority of adults need to feel well-rested and avoid sleep deprivation side effects.

Don’t feel guilty about making time for sleep – instead think of all of the ways getting shut eye can actually help you perform better and achieve your goals.

As many successful business people will say, one important aspect of success is to constantly be growing and learning new things. For students, of course, learning is the entire purpose of school and necessary for doing well.

According to the Harvard Healthy Sleep website, a lack of sleep reduces attention and motivation making it harder to acquire new information. Sleep also plays a role in the consolidation of new memories, which enables you to recall that information later on.

Research has shown REM and slow wave sleep are both important for declarative memory (facts) and procedural memory (how to). Studies of sleep and learning show the biggest effects when trying to learn or recall information when sleep deprived (as opposed to learning and then being deprived of sleep).

For many students, entrepreneurs and business people, creativity is an important part of success. Some find that creative ideas come in sleep deprived states, however, fatigue and drowsiness reduces your brain’s agility and the ability to form complex and new solutions to a problem.

One Harvard study found that sleep increased a person’s ability to make connections between distantly related ideas by 33%, even though participants didn’t necessarily feel more creative.

When you are sleep deprived, your reaction time, decision making capabilities, and memory are all impaired according to most sleep research. Put together, these factors make you more likely to make mistakes.

In one airline company’s study mentioned in the FAA report, fatigue was responsible for 88% of procedural errors. But, in a NASA study of pilots it was found that controlled rest, 40-minute naps, improved pilot alertness and performance (naps also have many other benefits for mind and body that can benefit anyone).

Even if you aren’t pursuing a high-risk profession with people’s lives on the line, errors can still cost plenty of money, time and headache.

The National Highway Traffic Safety Administration estimates that 100,000 accidents per year and 40,000 injuries are attributed to drowsy driving. After even 16 hours of wakefulness your abilities are impaired – after 24 hours they are on par with a legally drunk driver.

The previously mentioned medical resident study also found that those working 24 hour shifts were twice as likely to be involved in an accident.

Whether you drive just for your commute or as part of your job, an accident is certainly not likely to benefit you. It wastes time, money, can get you fired from some jobs, and can even cause injuries or worse. If you get very little sleep or pull an all-nighter, you’re driving abilities the next day will almost certainly suffer.

Another area where sleep can affect your productivity by-proxy is seen in your body’s ability to resist and fight illnesses.

When you are sleep-deprived, your immune system is not functioning optimally. This makes you more susceptible to colds and flus which could require time off, or at the very least hurt your productivity temporarily.

When you’re well-rested, your attention span is optimized, your mood and motivation is stronger, you’re better able to learn and remember facts, and you’re more creative. You’re also less likely to make errors on the job, get an accidents, or get sick.

All of these factors combined shows that getting good sleep contributes to better productivity and efficiency. Basically, sleep helps you be the best version of you – ready to take on goals, ready to create and learn, ready to develop solutions, and ready to make complex decisions.

Research bares this out too — studies show that people who don’t get enough sleepperform worse in multiple ways, on visual tasks, attention and more.

So, if you’re striving to be more successful and effective in what you do, don’t forget to prioritize sleep to give yourself the upper hand.

This article originally appeared on the Amerisleep blog.

“This is a temporary demo article Will be deleted soon.
Author: Rosie Osmun”

Fail Effectively and You Can’t Lose

Discover Your Own Depths 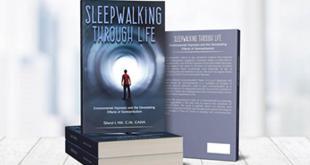 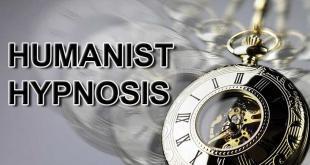 How to Get Ready for Pregnancy

It’s hard to overestimate the importance of pregnancy planning. Unplanned pregnancy is associated with many …

This site uses Akismet to reduce spam. Learn how your comment data is processed.